EXTRA: Bilbao, a Diamond in the Rough

Ok, before I begin, I must admit, I am a little bit biased when it comes to Bilbao. I have Basque roots and I’ve always been a fan. However, that does not undermine the fact that this city is an unexploited paradise for game developers and studios looking to expand.

First off, the Basque Country is undoubtedly the richest and most stable economy in Spain – it always has been. Despite the Spanish recession, the Basque Country managed to have zero deficit and maintain the lowest unemployment rate in the whole peninsula. 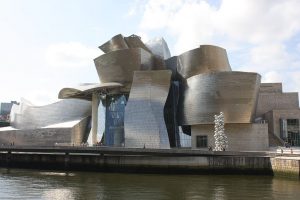 This region has always been known for its strong economy, birthing companies such as BBVA (sponsor of the NBA), Iberdrola (major energy company in the country), Eroski (leading chain of supermarkets) and many others. It has also hosted factories and branches for top brands such as Rolls Royce. It’s no surprise that the majestic Guggenheim museum chose Bilbao over any other city in Europe. All thanks to a strong government that is known for supporting innovation and high tech.

But let’s talk gaming. Does the region have skilled professionals? DigiPen, the game university with campuses in Redmond (Washington) and Singapore, chose Bilbao to be their European base. Get that, out of all cities in the continent and after careful studies, they chose this relatively unexpected location. Their UPV (University of the Basque Country) has also always been a source of promising professionals.

As for creative talent, the Basque Country, although small, is currently one of the largest participants in the Spanish film industry. A huge percentage of actors, tv hosts, famous directors, and screenwriters are of Basque origin. Art is embedded in their culture and that can easily be found through their prestigious authors such as Unamuno and their revolutionary artists such as Chillida.

The Basque Country has an aura among the rest of Spain as being the most ‘European’ province in the country. The Basque people are known for being reliable and highly professional. Renowned architect Norman Foster even went as far as saying that “shaking hands with a Basque is as good as signing a contract”.

It seems strange then, that a region with such huge potential does not exploit a major industry such as the gaming industry. The ingredients are all there. It’s just a matter of someone with the wits to take advantage of this hidden gem.

You may find out more about the Basque Country’s efforts to promote game development within its borders in the BasqueGame association.her great cities in Europe to be a game developer

Check out Top 10 great cities in Europe to be a game developer.

1 comment for “EXTRA: Bilbao, a Diamond in the Rough”