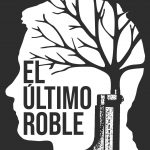 Alain Xalabarde’s first book in Spanish tells the story of a fictional independent nation of the Basque Country in 1996. Based on the original screenplay from 2010, the cinematic novel is a thrilling and controversial look at politics and social revolutions. Now available on Amazon The original conceptual trailer can be found below: Read more →