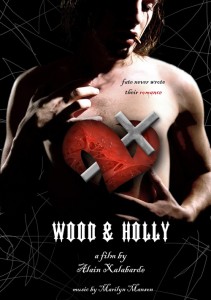 Visionary rock opera based on the album ‘Holy Wood’ by Marilyn Manson. ‘Wood & Holly‘ was a hit in its genre, appearing in almost all official fan sites (including United States, Mexico, Spain, France, Italy, Russia and Ukraine) and seen by more than 20,000 people on the web.